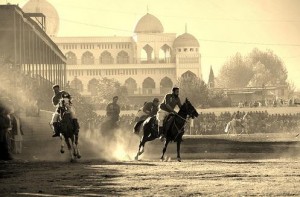 E. Nisar Khan, managing partner at US-Pak Polo Club, has been actively engaged with Tourism Corporation of Khyber Pakhtunkhwa (TCKP) to organise the match. This cultural evening would be held for the first time to showcase the culture and history of Khyber Pakhtunkhwa as well as connection of polo to the region.